A Nation in God's Hands

Be the first to review this product
$29.99
eBooks Available:
KindleiBookNook

In A Nation in God’s Hands, Jud Lake sets Ellen White’s war visions in their historical context and provides a theological interpretation of the war through her prophetic lens. 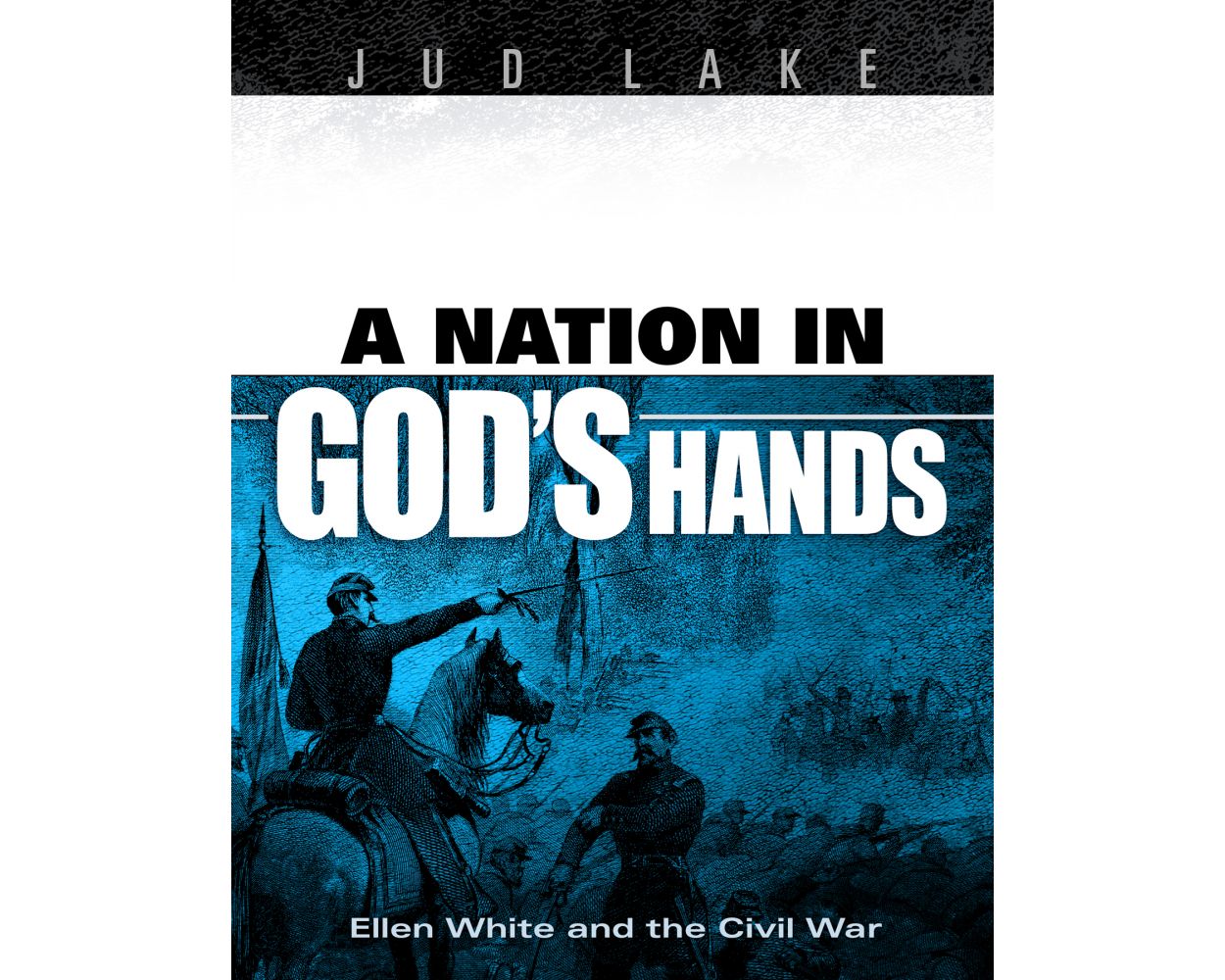 “In the annals of human history the growth of nations, the rise and fall of empires, appear as dependent on the will and prowess of man. The shaping of events seems, to a great degree, to be determined by his power, ambition, or caprice. But in the word of God the curtain is drawn aside, and we behold, behind, above, and through all the play and counterplay of human interests and power and passions, the agencies of the all merciful One, silently, patiently working out the counsels of His own will” (Education, 173).

Ellen White’s writings on the subject of the American Civil War reflect only four visions/testimonies—all contained in thirty pages. In fact her response to the war was almost total silence. Yet that does not mean that what she did say was unimportant or insignificant. By the time the civil war began, Ellen White was in her 17th year of prophetic ministry to the Adventist people, and they found a source of insight and encouragement in her visions.

In this fast-flowing and comprehensive treatment, author Jud Lake indicates that White’s views, when seen against the backdrop of contemporary events, were both insightful and pertinent. Supported by the well-substantiated understanding in both the North and the South that the civil war was permeated by religious motivations, A Nation in God’s Hands, analyzes White’s war visions in their historical context and provides a theological interpretation of the war through her prophetic lens.

White was not alone in predicting the coming of the civil war; her uniqueness, however, was that she provided theological commentary on the war as it unfolded. She never conceived of herself as a prophetic voice to the nation. She only sought to mentor her church, brace it for the trials ahead, and prepare a people for the second coming of Christ.

“I highly recommend this book to not only students of Adventism and Ellen White but also to Civil War buffs of all flavors.” —George R. Knight