Guide Special - The Story of Desmond Doss - Case of 100

Be the first to review this product
$39.99
Also available in these formats:
Booklet

Would you like to provide your kids with a powerful witnessing experience so they can have their own opportunity to stand like Desmond for what they believe?  This special issue of Guide Magazine is perfect for them to use to share with their own friends.  Best of all, each magazine will offer kids a way to study what the Bible says for themselves! 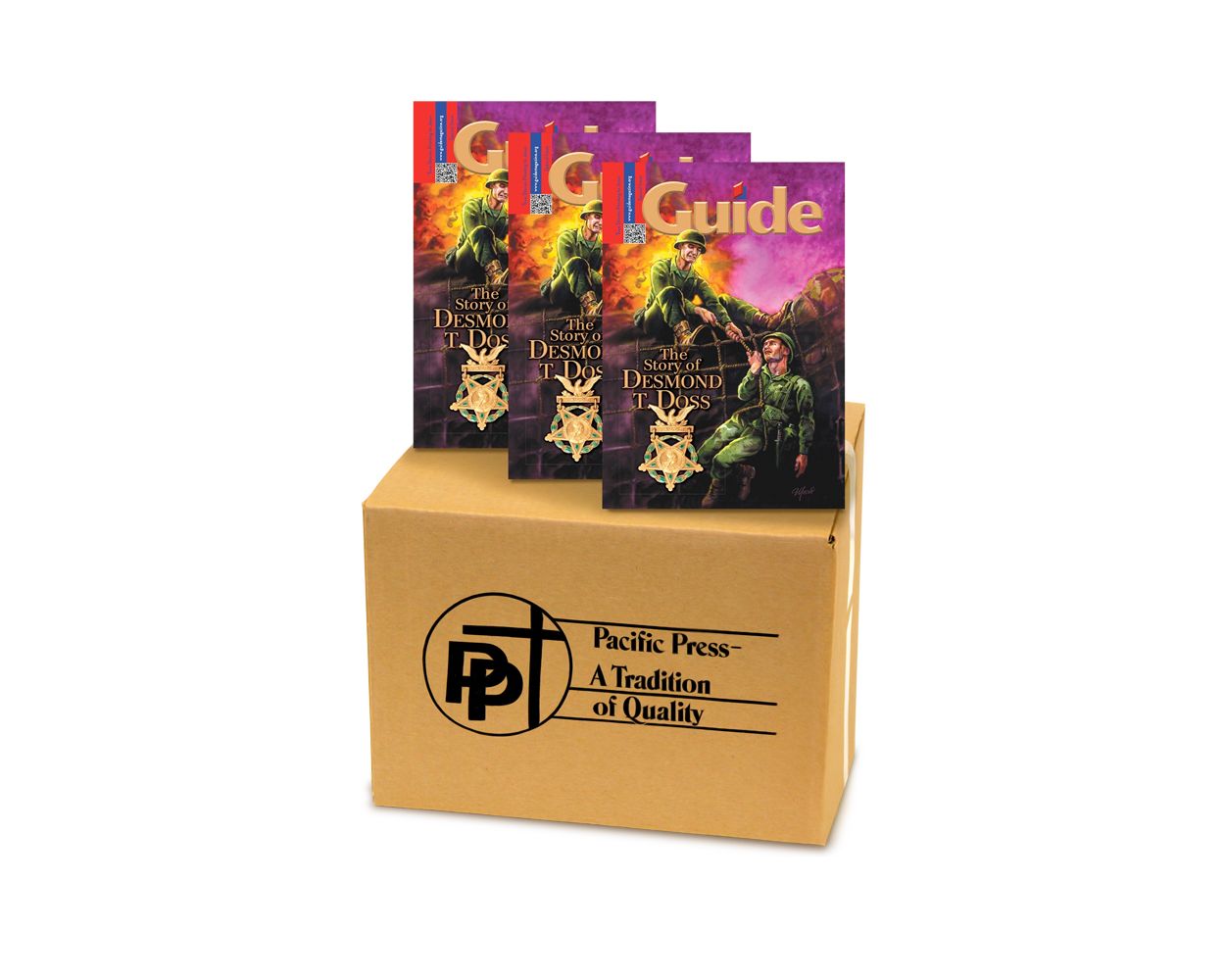 This product is a case of 100 books. Single copies of this title are also available.

What makes a kid grow up into a hero?

When you read Desmond Doss’ story or watch a movie about his heroic exploits it’s easy to focus on his selfless sacrifice there on Hacksaw Ridge.  But is that really where Desmond faced his most difficult test?

Imagine young private Desmond Doss.  Although he volunteered to join the army to defend his country, when he refused to carry a gun everyone from his fellow soldiers up through his commanders decided he was a coward, worthy only of contempt.  They tormented him mercilessly.  When he refused to work on his Sabbath, the threats and abuse only got worse.  Yet it didn’t matter what the army threw at him, Desmond stayed true to his faith.

The movies glamorize Desmond Doss’ story—reveling in the very real violence.  But Guide Magazine has just released a special Desmond Doss edition written in language a kid can relate to and a parent can be comfortable with.

Throughout each of these chapters the author, Charles Mills, weaves in the importance of Desmond’s strong SDA beliefs and how they helped him become the hero of Hacksaw Ridge.