Here We Stand: Luther, the Reformation, and Seventh-day Adventism

Be the first to review this product
$19.99
eBooks Available:
KindleiBookNook 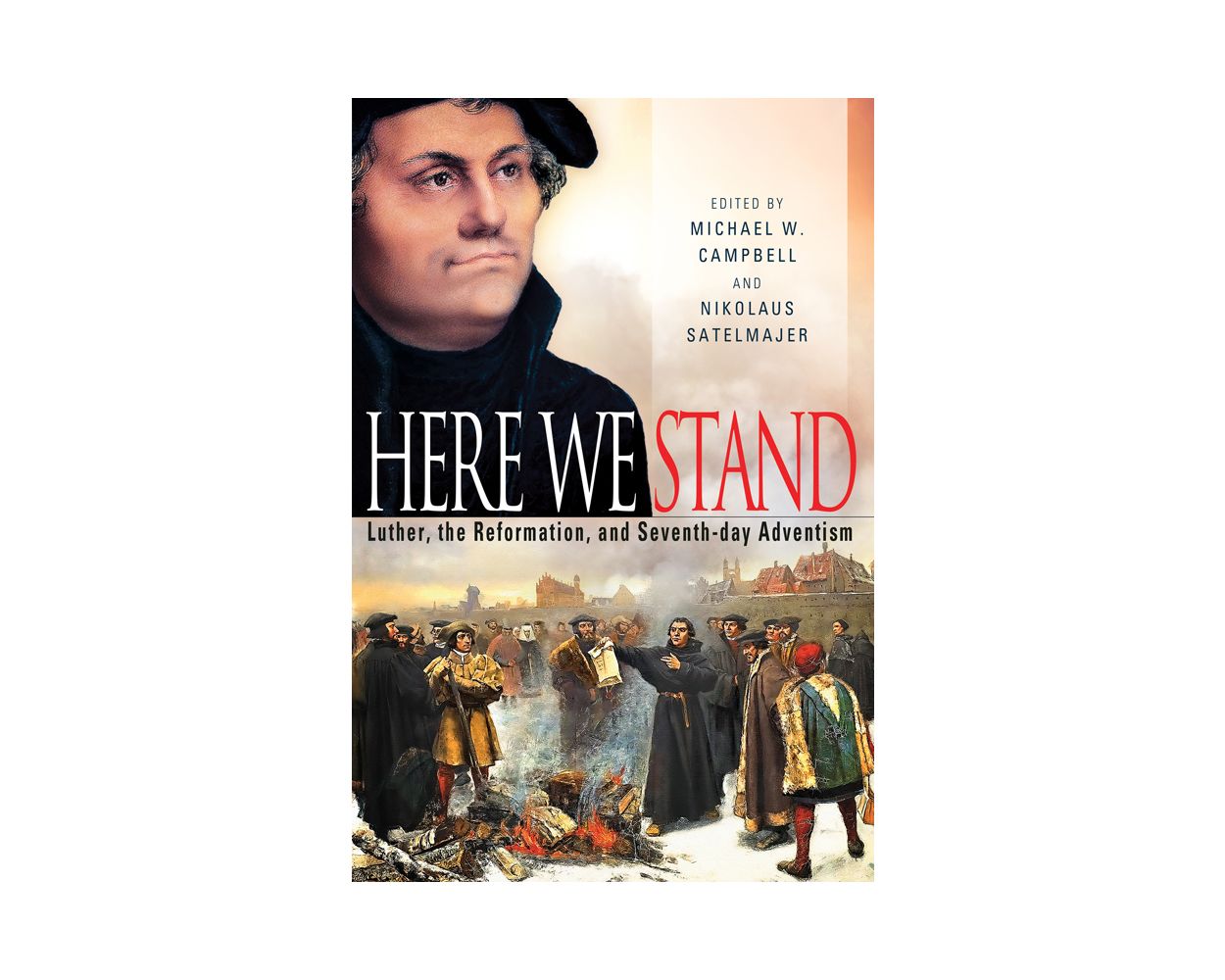 “Since your most serene majesty and your high mightinesses require from me a clear, simple, and precise answer, I will give you one, and it is this: I cannot submit my faith either to the pope or to the councils, because it is clear as the day that they have frequently erred and contradicted each other. Unless therefore I am convinced by the testimony of Scripture or by the clearest reasoning, unless I am persuaded by means of the passages I have quoted, and unless they thus render my conscience bound by the word of God, I cannot and I will not retract, for it is unsafe for a Christian to speak against his conscience. Here I stand, I can do no other; may God help me. Amen.” –The Great Controversy, 160

Five hundred years ago the world experienced one of its great turning points. On October 31, 1517 an unknown Augustinian monk in an obscure university posted ninety-five propositions to a church door in Wittenberg, Germany. His ideas challenged Roman Catholic docrtine and practice. The action itself was not remarkable. To the contrary, it was a common academic practice of the time for scholars to publically post their positions as an invitation to debate. That was all Luther expected to happen. But Luther's Ninety-Five Theses soon jumped the fence separating the academic world from that of personal Christian piety and politics, and they ignited a revolution–a Reformation. They transformed not only the Western world but eventually affected the entire planet through worldwide mission.

Although separated in time by centuries, Seventh-day Adventists see themselves as heirs of the Protestant Reformation started by Martin Luther 500 years ago. This volume explores the various facets and contours of Luther and compares them with Seventh-day Adventism.

Over 25 scholars from throught the world have come together to create this one-of-a-kind volume exploring:

Order your copy and explore the powerful connection between the Reformation Martin Luther inadvertantly started and the Seventh-day Adventist Church today.

Half a millennium after Luther, Christians are not as clear as their forefathers on some of the most important developments in sacred history. Much of the twenty-first-century Christian world struggles to remember exactly what Luther’s contribution was.  This volume offers a golden–and comprehensive–opportunity to understand where we come from.

- John Bradshaw, Speaker/Director, It Is Written

The Protestant Reformation is one of the most pivotal events in the history of Christianity.  Its catalyst and central figure, Martin Luther, is chronicled in this work and juxtaposed alongside the courageous gallantry of Adventism.  This book is a must-read for all church history enthusiasts as Dr. Satelmajer adeptly offers keen insights on the interdependent relationship of Martin Luther, the Reformation, and Seventh-day Adventism.

This work on Luther is a tremendous contribution to the understanding of Adventism as a natural inheritor of the Protestant Reformation. This volume is full to the brim with insightful research on the connection of Luther and the Seventh-day Adventist Church. It should be in the library of anyone who desires to understand and proclaim the three angels messages with power.

This a major work that firmly links Adventists to Luther and the Reformation.  The editors have brought together a wide-ranging series of essays by stellar contributors.  There is nothing comparable to this book in Adventist literature. I commend it highly.

There is nothing like this book in Adventist literature.

I would highly recommend this book for all readers who want to deepen their understanding of the doctrines of the Seventh-day Adventist Church through the lens of key doctrines of Martin Luther and the Early Reformation. In this book Adventist scholars share unique perspectives that have not been gathered in one volume before. The result in a faith-affirming volume that is a must read!

This is the story of a courageous and fearless man who stood in the face of the then known world’s power. May history continue to be repeated with individuals so convicted to stand on the promises of God. This is an essential read.