Stories from Sunnyside details the personal ministry and pioneering work of Ellen G. White as she served her church and her community for 9 years in the distant land of Australia. 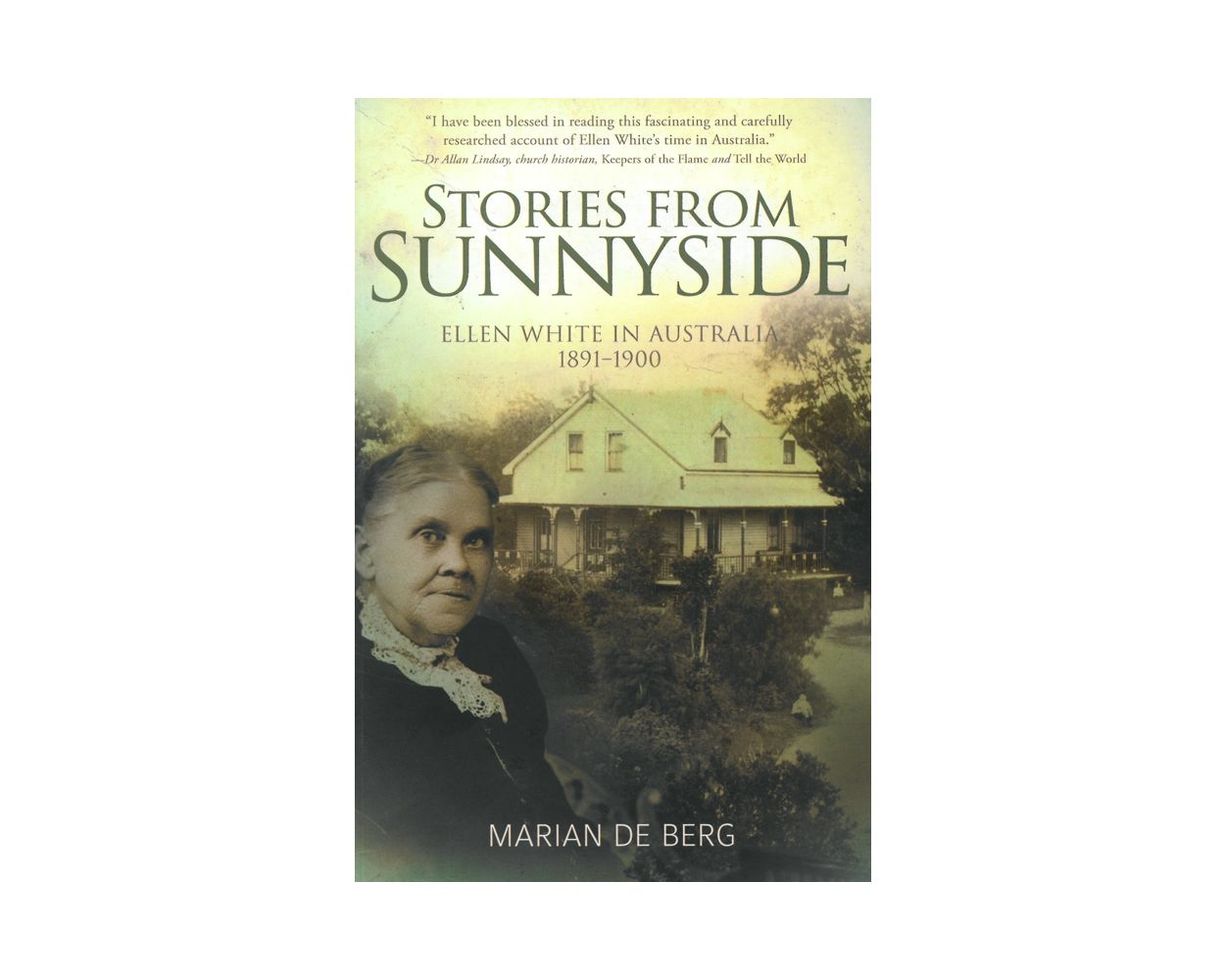 The first Seventh-day Adventist missionaries arrived in Australia in 1885. Six years later, Ellen White-one of the church’s founders-arrived in this distant land. Then aged 64, she was unsure of this calling and expected to stay no more than two years.

Ellen White’s time in Australia and New Zealand grew to nine years and represents her most mature and pioneering work. Her leadership saw the church grow significantly with new churches planted in many cities and towns, the establishment of what became Avondale College and Sanitarium Health Food Company, and publication of The Desire of Ages.

But these stories--many previously unpublished--also highlight Ellen White’s personal ministry close to her adopted home at “Sunnyside”, establishing a country home with a large household, supporting new church members and serving people in her local community.

“While the leadership Ellen White gave the church in Australia was impressive, her attempt to emulate the loving actions of Jesus in her own life are as much a part of Stories from Sunnyside. It is no wonder that her neighbours, including those not of Ellen White’s religious faith, loved and respected her; likewise, those who knew Ellen White best and worked with her most closely during the years she lived half-way around the world from her home country. Getting to know more of the real Ellen White—who she was and what she was like on a daily basis—will enrich your reading of her writings.” – Elder Jim Nix, Director, Ellen G. White Estate, Silver Spring, Maryland, United States