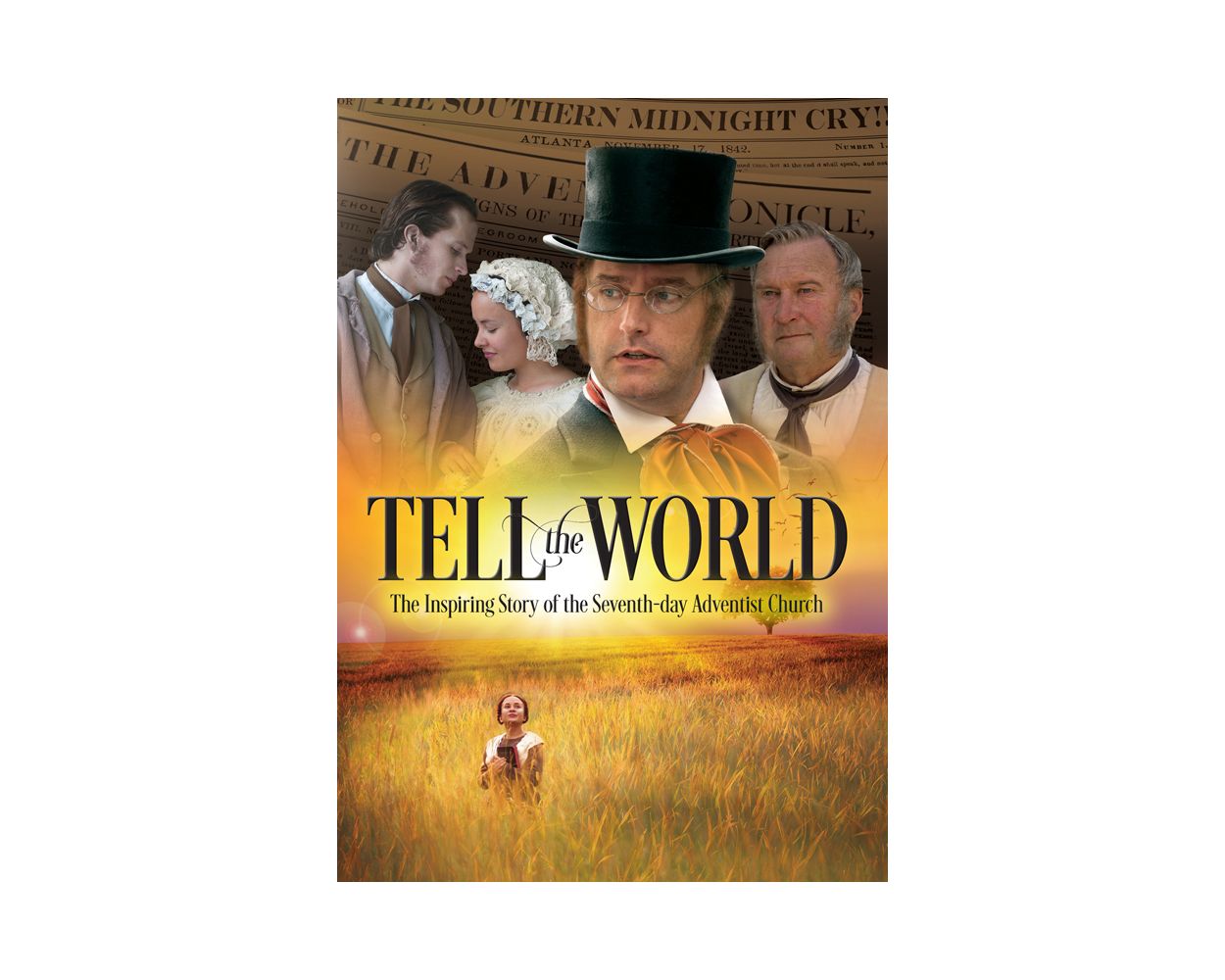 The correct equations, but the wrong interpretation. The result was sadness, pain and discouragement. That’s how the story of the Seventh-day Adventist Church begins.

Based on true events, Tell the World tells the compelling story of a small group of farmers from the northeast of the United States. They set the foundation of an organization that has been at the forefront of issues such as health, education, communication and Biblical interpretation.

The film begins with a startling discovery made by farmer and former militia member William Miller, played by Bill Lake. After years of study, Miller concludes that Jesus will return in 1843. His sermons along with the Biblical and historical evidence were so convincing that thousands of people sold everything, confessed their sins and waited for the event with high expectations. Eventually they settled for a specific date: October 22nd, 1844.

But the day came, and Jesus did not return. In addition to Miller and his wife Lucy, played by Kate Hurman, few people remained faithful to God, among them Ellen Harmon (Tommie Amber-Pirie), James White (Stephen MacDonald) and Joseph Bates (Timothy Paul Coderre).

Produced by the Seventh-day Adventist church in Australia, the series presents vivid details of the pain and joy experience by writer Ellen G. White, considered one of the 100 most influential people in American history by the Smithsonian Institute.

Her guidance and advice, obtained through Bible studies, as well as dreams and visions revealed by God, guided the steps of this church in becoming a worldwide movement of compassion in the areas of health, education, community development and disaster relief.

The denomination is present in over 200 countries with approximately 19 million members. It manages thousands of educational and health institutions, food factories, a global humanitarian agency, and it opens a new church every 3 minutes.

Written by H. G. Sloan and Aaron Harzler and directed by Kyle Portbury, with the aid of Allan Lindsay, George Knight and James Nix as consultants, this is the biggest production ever made about the history of Adventism. It shows the harsh beginnings of the church. Uncertainty, doubt, death and poverty were challenges that the pioneers had to overcome.

When watching Tell The World, it's likely that you will relate to your own experience, and may find that both the disappointment and the success of this movement were the key to their physical, mental and spiritual success.

Audio in English, Spanish, Portuguese, and French included on the same DVD!

You can also view additional trailers and clips on YouTube.