Be the first to review this product
$12.99
eBooks Available:
KindleiBookNook

New in Bradley Booth's Bible adventure stories for kids is Adventures in Galilee. This is the only book in the series that takes place in the New Testament. You'll follow Tabitha (Jairus's daughter) and Joel (the lad with 5 barley loaves and 2 fishes) as they wonder who Jesus really is, and ultimately decide that they will follow Him, no matter what the cost. 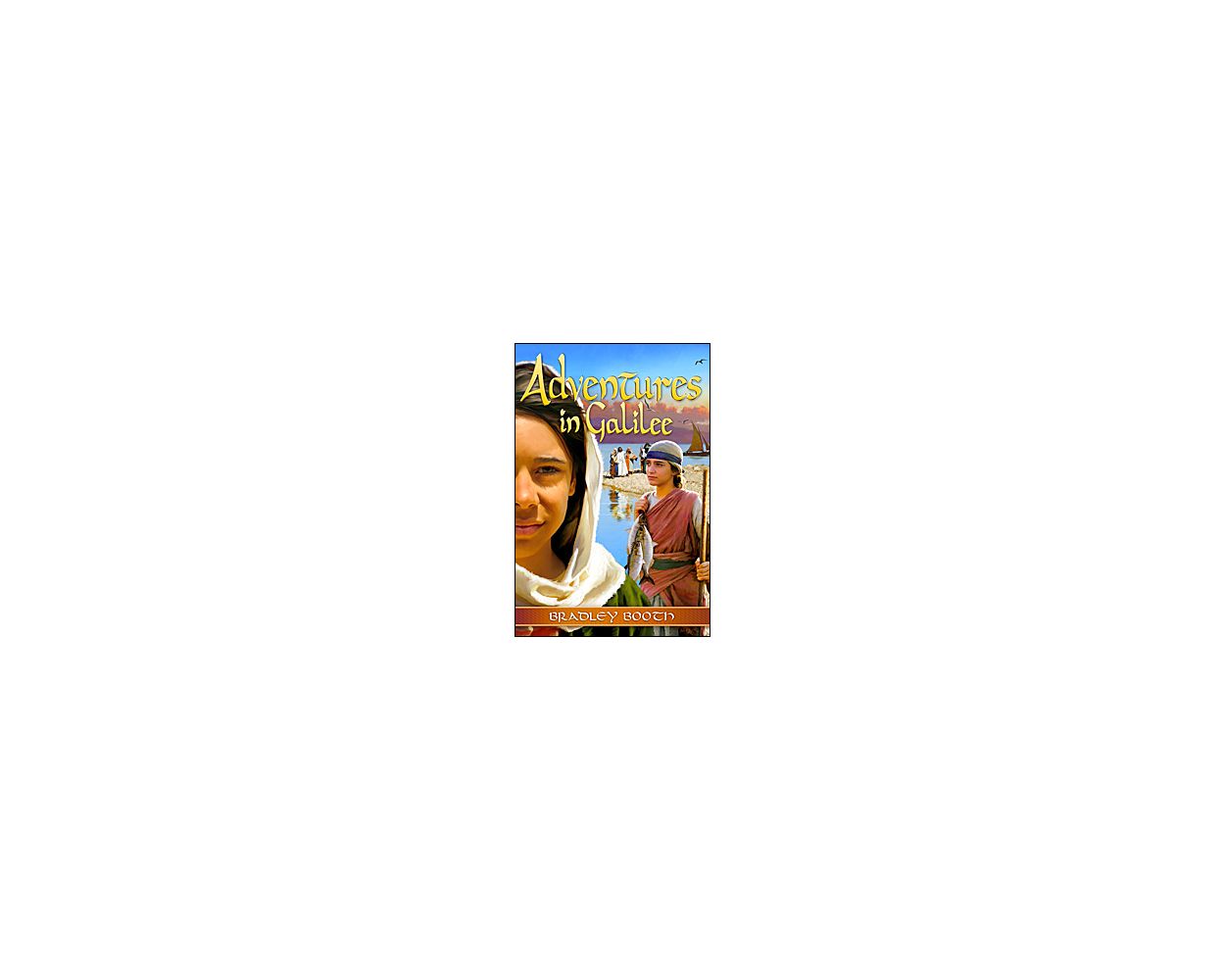 Boys had all the fun!  It just wasn’t fair!

For Tabitha, life in Capernaum had been pretty much the same for as long as she could remember.  Fetching the day’s water, cooking, sewing – boring and just plain dull until Jesus arrived, that is!

He was all that the girls at the village well could talk about.  And hadn’t Tabitha seen Him perform miracles herself? She’d seen Him cast out a demon, and heal the paralyzed man let down through Zebedee’s roof.  But who was this strange Jesus? Was he the Messiah? No one seemed to really know, even though the crowds flocking to see Him grew larger each day. One thing was certain. Life in Capernaum had changed for the better since Jesus came to town.

But then Tabitha became deathly ill and died.  What was it Jesus had said to her family? Not to worry, she was just sleeping? How could that be?  The doctors had pronounced her dead.  The mourners had been hired. The spices for her burial had been laid out.

As her eyes fluttered open, Tabitha looked confused. Was that Jesus holding her hand? Why was everyone making such a fuss over her? What were they saying? She had been dead! Everybody had known that! But it didn’t matter now! Tabitha was alive again! Jesus was here – and wherever Jesus was, death could not stay!

Tabitha thought about what it meant to leave everything for Jesus. She knew that when it came time to make her choice, she would be willing to follow Him anywhere – no matter what the cost! Will you?